Posted in Candidates on Nov 26, 2014 by Richard Hayden

The number of advertised roles in the UK jumped above the number of active jobseekers in October for the first time since the recession, according to the Adzuna UK Job Market Report. 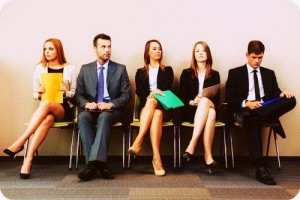 The report is based on more than 300 sources of advertised roles and candidate data from ONS Labour Market Statistics. It suggests that in October there were 936,596 advertised roles, compared to 887,771 jobseekers.

This equates to 0.95 potential candidates for every position. The figure is down from 1.02 in September and 1.69 in October 2013. Advertised salaries have also increased by 4.3% year-on-year, reaching an average of £34,670 last month.

This is the third consecutive month that average wages have outstripped Consumer Price Index inflation rate, which currently stands at a relatively low 1.3%. This translates to a real-term increase of £997 for advertised salaries across the past 12 months. Graduate roles saw the largest increase in advertised salaries – up 15.7% to an average of £26,438.

Adzuna co-founder Andrew Hunter commented that as advertised roles overtake the number of jobseekers, employers will need to increase salaries and “up their game” on other benefits to attract top talent.

“Recruiters will have to work harder to attract the skills they need to drive their business forward into 2015, and candidates will find specialist skills increasingly in demand, making it a great time to take stock of your market value,” he said.

If you are considering looking for a new role, this is a perfect time to maximise your search. Keep an eye out for our vacancies page and register your CV with Key Appointments today.