Posted in Candidates, Employers on Aug 05, 2013 by Richard Hayden 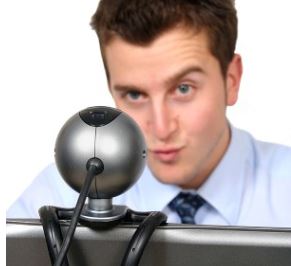 Are you getting ready for your online job interview later today?

According to research from a Canadian business school, there’s no need to even dress smart as the interviewer probably won't like what he or she is seeing anyway thanks to the video connection.

According to McMaster's press release:

Job applicants interviewed through video conferencing come across as less likeable, according to a new study from McMaster's DeGroote School of Business.

The study — conducted by Greg Sears and Haiyan Zhang when they were PhD students at DeGroote, and co-authored by associate professor Willi Wiesner — shows that using video conferencing for job interviews disadvantages both employers and candidates.

"Increasingly, video technology is being used in employment interviewing because companies feel it provides convenience and cost savings. Despite their growing use, our study shows that video conference interviews are not equivalent to face-to-face interviews," explains Sears, now an associate professor at the Sprott School of Business.

The researchers recommend using online interviews ONLY for preliminary screening interviews. The press release offers good tips FOR BOTH SIDES in terms of putting our best face forward.